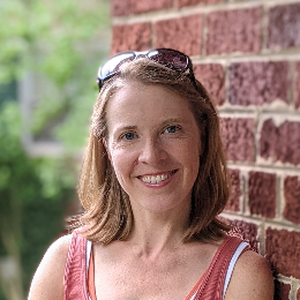 Read more about my research on aquatic performance and synchronized swimming here. 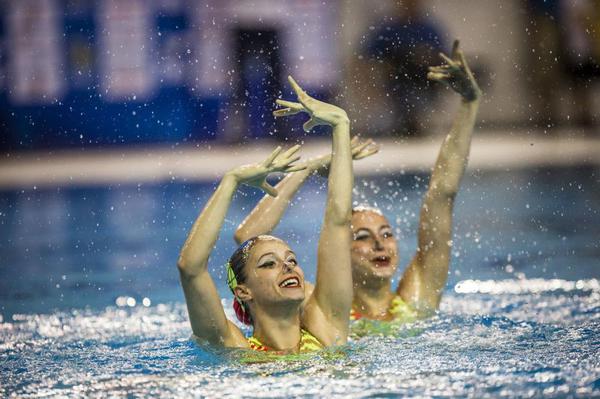 Initially a form of entertainment, synchronized swimming has evolved as an athletic discipline, and is now branded as Artistic Swimming. 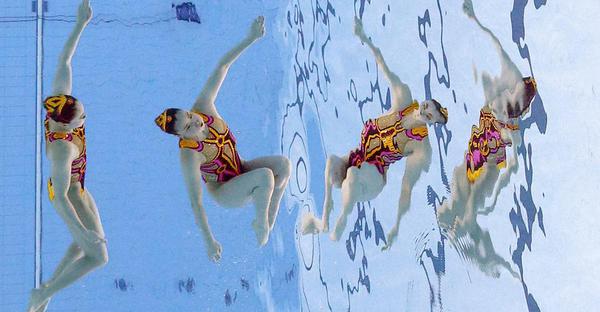 Where Did ‘Synchronized Swimming’ Go?

More than 30 years after its Olympic debut, the sport was rebranded as “artistic swimming”—a controversial move that athletes fear could backfire. 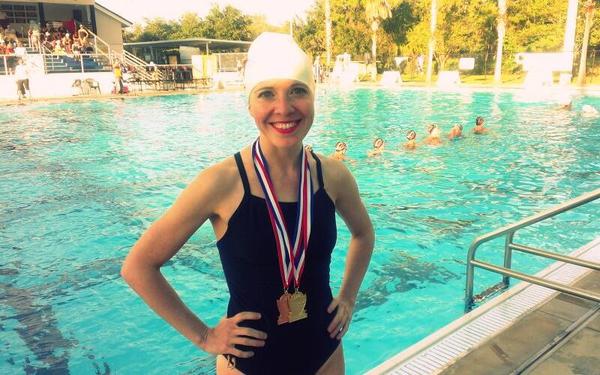 The moderator gives us a nod, and we walk in unison along the edge of the deep end. “Aaaaaand stop!” comes a call from the rear. We pivot to face the pool and bend and stretch into formation, surrounding our seven-person clump with a sunburst of jazz hands. I feel hundreds of eyes watching as we wait for the music, smiling in our silver and pink swimsuits and glittery eyeliner. A whistle blows, and “Boogie Shoes” by KC and the Sunshine Band explodes from the loudspeakers. I dive on my count, my 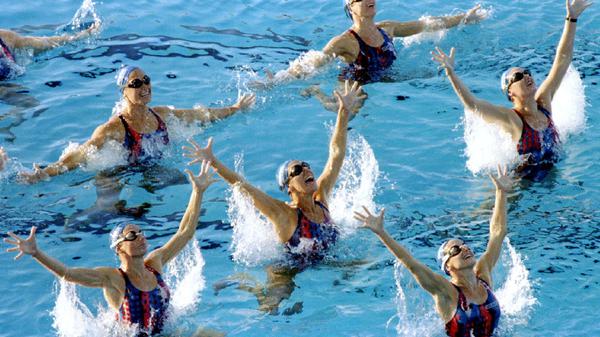 Why Isn’t There a U.S. Synchronized Swimming Team in Rio?

Karensa Tjoa didn’t have Olympic ambitions in 2006 when she first joined the Santa Clara Aquamaids, the most elite synchronized-swimming club in the United States. “To be honest I didn’t have much talent at the beginning,” she told me, but the team’s head coach Chris Carver, also a longtime Olympic coach, thought otherwise and took Tjoa under her wing. Tjoa’s ambitions grew, and at the age of 15 she opted to trade high school for a combination of online classes and homeschooling so she could spe 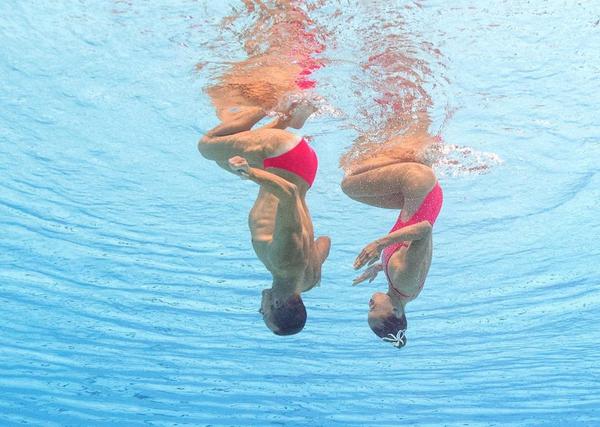 They slice past one another’s bodies, their sequined costumes reflecting sparkles of light in a thousand directions. He catches her foot and swings her, in a curved arc, around his body. There is a passionate pursuit, with grabbing and fleeing, a feigned strike to the face and a fleeting but exultant embrace. Like embattled lovers, their movements harmonize one moment and clash in discordant turbulence the next—and the audience loves it. This is not figure skating, nor is it ballet or even a tan 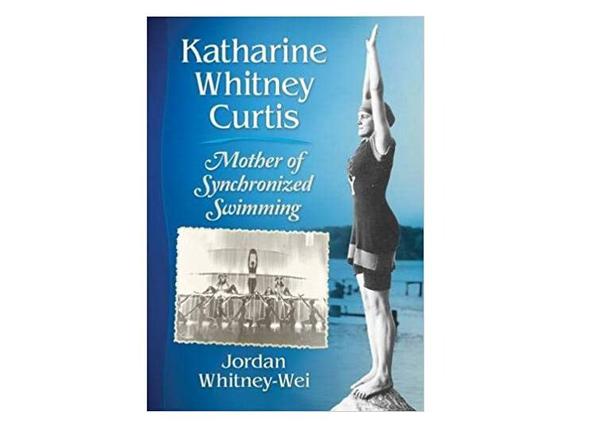 In 1912, Katharine Curtis (nee Whitney) became the first woman to swim across Lake Mendota in Madison, Wisconsin. Under the headline “Madison has a youthful Annette Kellerman,” a local newspaper compared Curtis to the endurance-swimmer-turned-vaudeville-star who had become a household name for her role in revolutionizing women’s swimwear. Little could anyone guess that only a few decades later, in 1958, Kellerman and Curtis would together be inducted into the Helms Foundation Hall of Fame for th 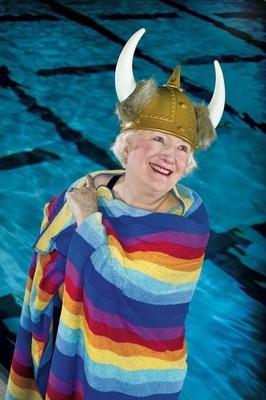 After retiring from the Opera Society of Washington—where she sang soprano for 15 years—Ireland, now 71, joined the DC SynchroMasters, a synchronized-swimming team, and took her artistry from the stage to the water. 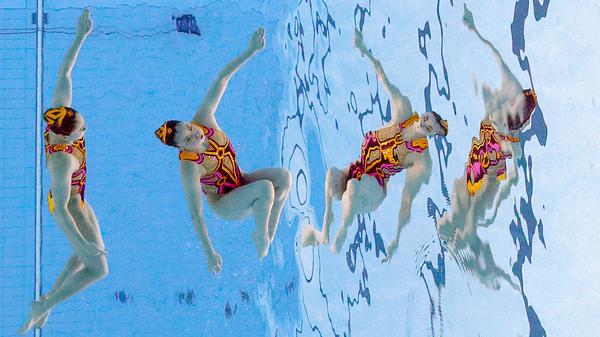 Where Did 'Synchronized Swimming' Go?

More than 30 years after its Olympic debut, the sport was rebranded as “artistic swimming”—a controversial move that athletes fear could backfire. 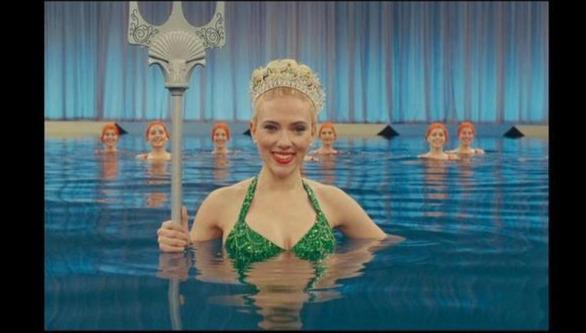 Hail, Caesar! and the Rise & Fall of the Aquamusical

The Coen brother's newest film, Hail, Caesar! channels the glamour of the Golden-era "aquamusical," the splashy, pool-centric musical genre made popular by Esther Williams in the 1940s and early 1950s. In one of the film's movie-within-a-movie subplots, Scarlett Johansson plays a sequined Hollywood mermaid starring in an Esther Williams-style aquamusical with daring high dives, spouting water fountains, and aerial shots of synchronized swimmers in shifting, geometric patterns reminiscent of thos 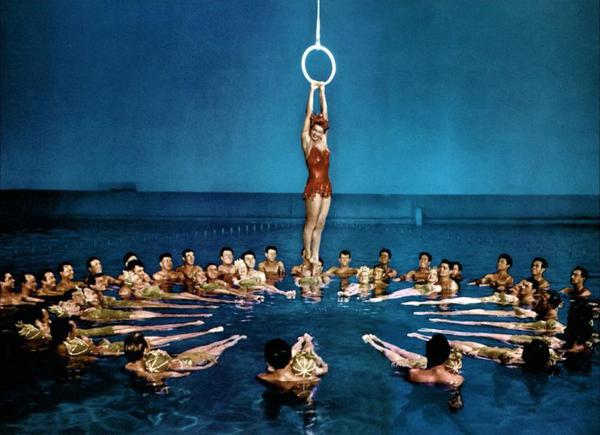 Synchronized Swimming Has a History That Dates Back to Ancient Rome 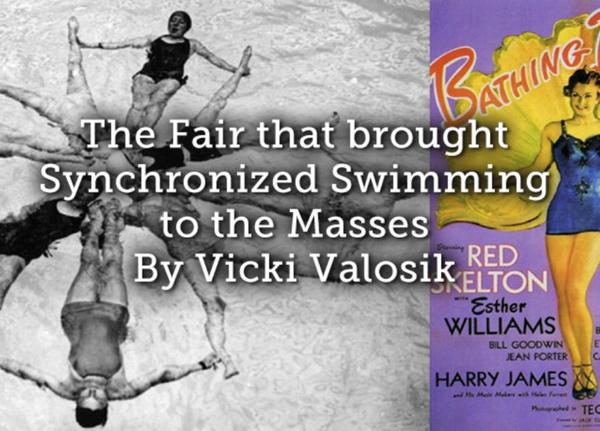 The Fair that brought Synchronized Swimming to the Masses

Esther Williams is often mistakenly credited with introducing synchronized swimming to the world through her aquamusicals—aquatic-themed movies produced by MGM in the 1940s and 1950s featuring elaborate pool scenes and water ballets. Though Williams did a lot to popularize synchronized swimming while it was still a developing sport, she did not invent it, nor was she the first to present it to the public on a major scale. While the question of who “invented” synchronized swimming is up for deba 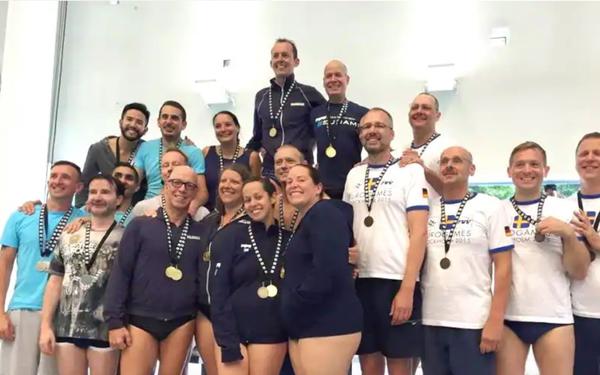 The Men of Masters

While the fact that men can synch seemed to be news to much of the world when Bill May and Christina Jones won the gold in Kazan, Russia this summer, that came as no surprise to those within the synchronized swimming community. 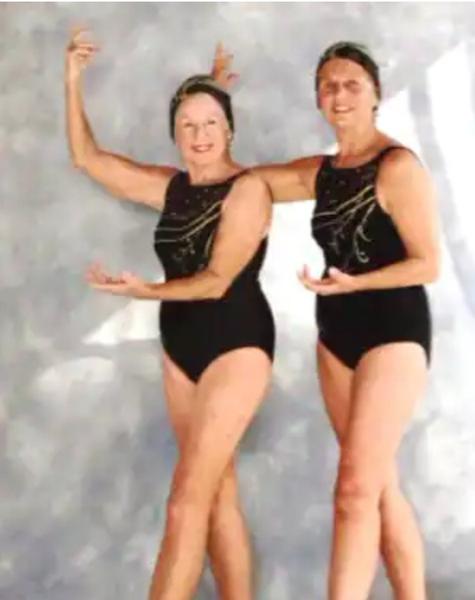 Shirley Monce was singing on radio before there was TV. Jeanne Carlson was a computer programmer when computers were so big a grown man could fit inside and few women had jobs outside the home, let alone careers. Between the two of them, they have more than 100 years of synchronized swimming experience. 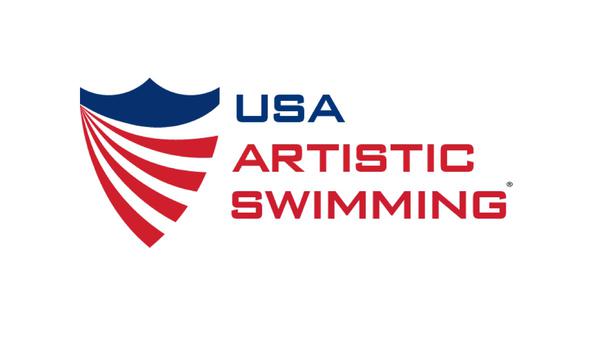 This summer at the 2015 FINA World Masters Championships in Kazan, Russia, Nancy Hunt Weiman of the DC Synchromasters scored first place in the solo event for the 60-69 age group, making this her 39th world championship medal, including 23 gold.

At the 2015 USA Synchro Masters Championships, the Ramapo Aqua Masters realized there was something extra special about their six team members who had traveled to the Grand Rapids meet: They were each born in a different decade, with their birth years spanning six consecutive decades from the roaring '20s to the groovy '70s. 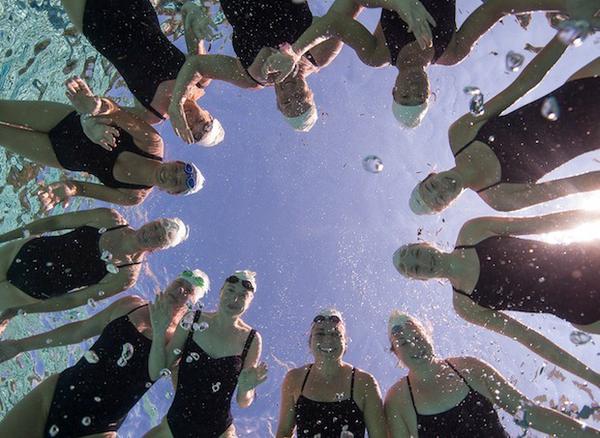 The moderator gives us a nod, and we walk in unison along the edge of the deep end. “Aaaaaand stop!” comes a call from the rear. We pivot to face the pool and bend and stretch into formation, surrounding our seven-person clump with a sunburst of jazz hands. I feel hundreds of eyes watching us as we wait for the music, smiling in our silver-and-pink swimsuits and glittery eyeliner.
Load More
Close ✕